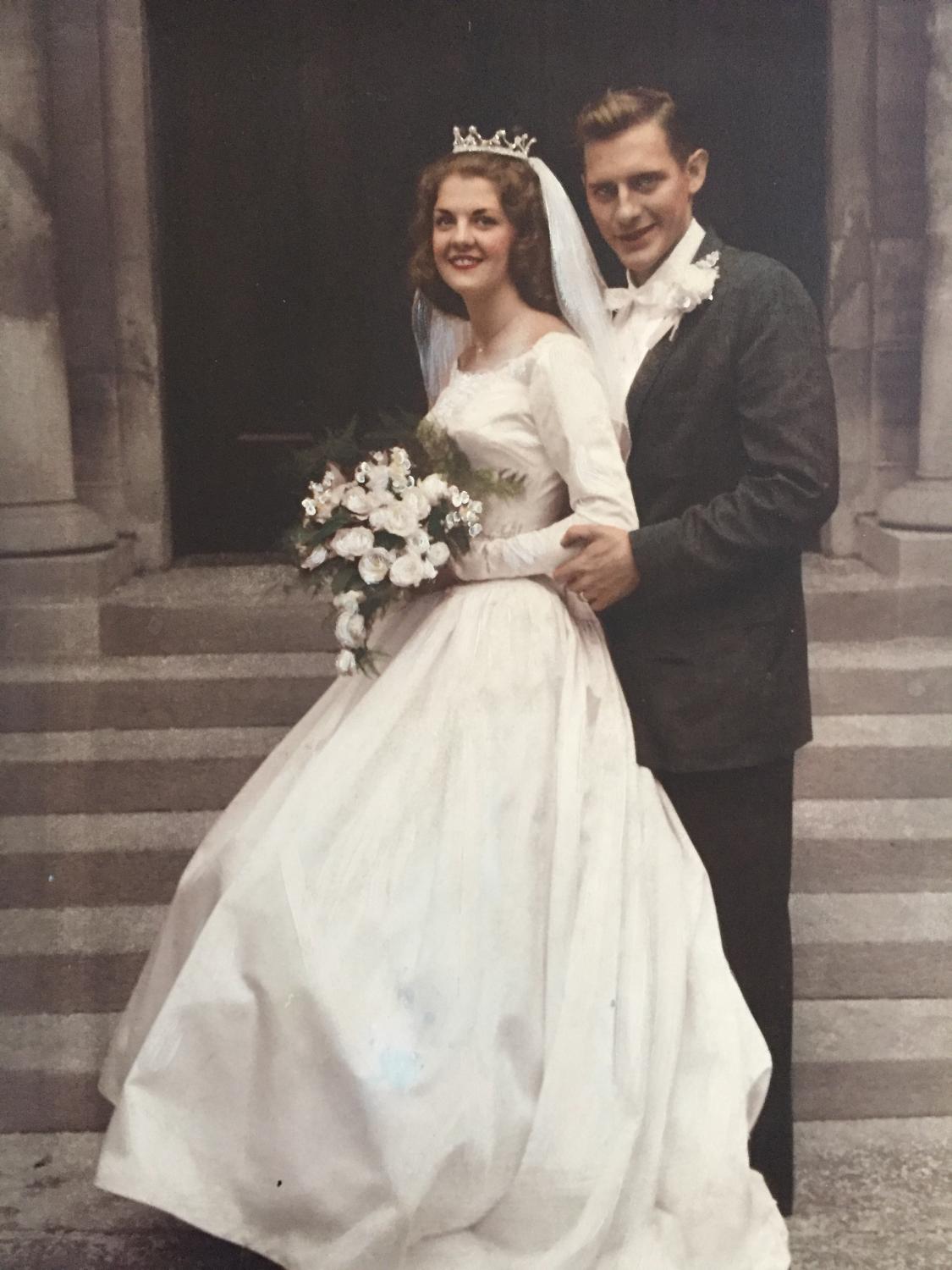 Everyone thinks their grandpa is the best, and that’s really nice and everything, but the truth is, mine actually was the best.

You were the actual best grandpa, great grandfather, dad, neighbor, worker, and friend. You’re the man everyone aspires to be, the one great character every reader is completely enamored with and that every author hopes to write about – but quite honestly, it may be impossible for even the best writer to capture your wit, smarts, quirks, and charm.

Last night, you died, and when I held your hand, it was still so big and warm, just like always. You looked like you; you still looked so handsome; you looked finally at rest. I can still feel you holding my hands, cupping them around mine since I was a kid to keep me warm, and until the very end, you were still my warm protector.

A letter to Grandpa Yes, it’s a complete contradiction – you were the man who deserved a momentous fiery show in celebration of your life which makes the world’s loss so fantastic that it hurts deep in my bones.

It just felt like something should have happened, and if nothing else, time should have stopped, even just for a minute, for the world to digest what just happened. This all might sound strange, but trying to convey the surrealness of it all is kind of impossible. I remember as a kid running to tell you that there was a spider in the pantry, and I was calling you to come squish it for me. You told me very matter of factly that a little spider wasn’t going to hurt me and never did me any harm – you told me to leave it alone or go put it outside to let it free.

Just like when you used to tell stories over dinner using vocabulary that was way over my head and you would ask if I knew what it meant, I’d nod my head yes and pray pray pray so hard you didn’t question me about it because yes, I lied. Most of the time I had no clue what the words meant and I didn’t want to admit it and have to look it up in the dictionary right there at the table. So yes, a lot of times I lied.

And I did it again with the spider.

You didn’t come to squish it for me, so I stomped on it myself. I’m sorry about that.

Then I remember one of the times in college I stayed with you when Gram was out of town, and you gave me the rundown about how to cook the ground beef for the animals you fed outside – because doesn’t everyone cook and season meat, drain the grease, and warm milk for the stray cats? Totally normal. Even though I knew the drill because I’d been tasked to do this plenty of times before, you carefully went over the instructions before you left for work.

After cleaning up breakfast and finishing up homework before class, I realized I was running late. But oh, no – I hadn’t cooked for the cats yet.

All I had to do was tell you I did it and feed the cats tomorrow – you never would have known. But instead, I earnestly explained to my professor that I was late because I was browning ground beef. For my grandpa’s stray cats.

Everyone revered and admired you, and the thing is, you had no clue how smart and special you were. You worked from when you were 14 until you were 81, I’m talking real, physical labor type of work, and not only that, but you were an entrepreneur – a successful one at that. And in all of those years working hundreds of jobs, you never had one client have a bad thing to say about you – not one. You probably wouldn’t even think so, but that’s incredible, Grandpa.

I hurt so much because the love is so strong – with so many memories and so much love, I feel lost. I feel confused.

Where does the love go now?

I don’t have the answers, but I whispered in your ear every day to give me the answers somehow, so make sure you get around to that sometime.

Grandpa, I’ll probably be writing you a lot of letters, but for now, I’ll end with this.

When I think of you, I’ll always smell Old Spice and hear you calling me ‘sweets.’

I’ll think of the time spent playing with pipes and screws and other random assortments of kid-friendly treasures in your garage and am thankful that nostalgic mix of gasoline and tools is forever embedded there.

I’ll remember voyages we took in your woods and how you were still exploring the yard of my youth with my Ginny, holding her tiny fingers in your soft, strong hand. I’ll picture you chasing me as a kid doing your “dun dun dun duhhhhhhn,” and I can still hear you saying that to your great grandkids even just a month ago.

I’ll hear you cracking yourself up at your own jokes or teasing Grandma, then chasing her around trying to kiss her as she feigned anger at you.

I’ll think of you telling the tale of meeting Grandma and picture her on a parade float, waving her nursing cape at you, reeling you in the moment she set her eyes on you. I promise your stories will never die.

Most of all, I’ll not just remember, but I’ll feel the love you had for my Gram, a love so incredible that it can never die – it’s the thing of legends. You’re the thing legends are made of, Grandpa.

Love you so much it hurts,
Linds
(or as you would call me, Lind- “say”)